https://lienpublicrelations.com
I was born in Minnesota and have loved books since I was able to read long after bedtime with my nightlight. Now my goal is to help authors and others tell their stories. Contact me and tell me your story. Sara

I hope everyone is having a healthy and happy start to the New Year!

We spent out time watching Sherlock and Dowtown!

I have been learning How to be a Victorian by Ruth Goodman.  It is a great piece of non-fiction to learn about grooming and all the manners of the Victorian era.

Great reads for the beginning of the year!

I will start blogging again after the new year.

Have a wonderful holiday.  See you Jan. 4!

December 28th, 2015 | Posted by Sara in Uncategorized - (Comments Off on Star Wars Films!)

I hope everyone is having a great time this holiday season.  One of the best parts of the season is seeing new movies!

We saw the new Star Wars movie yesterday and it was very entertaining.   Director JJ Abrams did a great job at taking the series to the next step.  I did not think the new movie was very original.  It seems to follow the same themes as the first Star Wars films.

and Bridge of Spies

Have a great new year!

Recommendation: If you listen to any album before the end of the year it has to be Traveller. Stapleton is a mix of Waylon Jennings, Willie Nelson and Johnny Cash. Genius!

Have a wonderful holiday!

I won’t be blogging next week but will return Dec. 28 with more useful pop culture news!

This is the time of year to give and James Patterson is making no exceptions.

It was announced that as a part of his $2 million dollar holiday gift program, the author gave grants and bonuses ranging from $1,000 to $10,000 to schools and libraries as well as bookstores. 340 libraries and 87 bookstore employees received money.

He said he is trying to draw attention to books and bookstores as well as libraries.

Some benefactors of Patterson’s program include Pittsfield’s Conte Community School.  They promised to spent their $6,000 on new books.  Also, an employee at the Brazos bookstore in Houston received a $5,000 bonus.

Go to www.JamesPatterson.com for more information.

My Favorite Books of the Year

It is that time of year again.  End-of-the-Year Lists will be everywhere in a few weeks.

Here are my favorite books of the year.

1. Lone Star by Paullina Simons:  She is the wonderful author of the Bronze Horseman.  This is her forlay in to YA books.  The book has a wonderful quality of leaving childhood and finding true love.

2. Stress-less coloring books.  I was going to a very stressful time this fall and I picked up a coloring book.  My stress and anxiety went away!  I highly recommend them.  I had not colored since kindergarten and I love it again.

3. The Bazaar of Bad Dreams by Stephen King. I love anything by King.

4. The Martian by Andy Weir.  What a wonderful fairy tale.  Weir self-publishes his book and Hollywood makes it a hit movie.  All new author should read about Weir’s publishing journey and take heed.

5. Outlander by Diana Gabaldon.  I read this series years ago and loved it.  Now I’m watching Outlander on Amazon and falling in love with Jamie again.

Yes, it happens every year!  Award nominations are announced and the Hollywood PR machine starts to create stars and award-winning films.

The Grammys is one of the best award shows of the year.  Artists seem to pull out all the stops and perform well.

This year Record of the Year nominees are:

Really Love by D’Angelo and the Vanguard

Thinking Out Loud by Ed Sheeran

Can’t Feel My Face by The Weeknd

There are many categories and something for everyone.

The Golden Globes air on NBC January 10 at 8EST.

Today was exciting as I bought tickets to a lecture by Zahi Wawass at the Grand Rapids Public Museum.

He is arguably the most famous archaeologist working today.  Even if you don’t know the name, you will recognize the face.  He has appeared on numerous History Channel programs talking about Egypt, pharaohs and archaeology in general.

On January 12, he is coming to the museum to cap off their King Tut exhibit.

He will discuss his new book as well as current issues like finding Nefertiti’s tomb.

The lecture should be informative and exciting for an archaeology lover like me.

Go to http://www.grpm.org/ for more info. 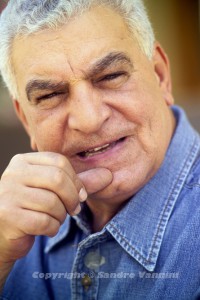